Click Here to read the May 5, 2011, Vermont House and Senate Concurrent Resolution 184, honoring the Ixcot family and the Weston Priory Sanctuary.

Opening Wide the Doors of Solidarity 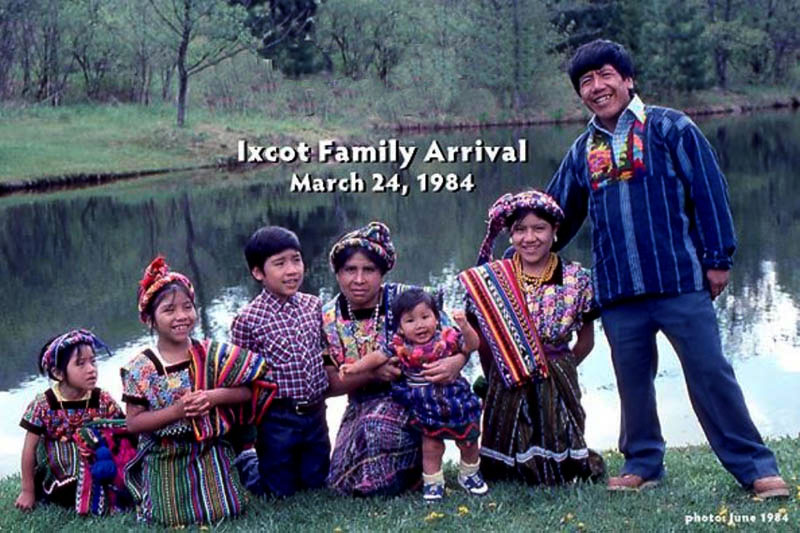 On March 24, 1984, the fourth anniversary of the assassination of Archbishop Oscar Arnulfo Romero in El Salvador, we opened the doors of our monastery to welcome a family of refugees from Guatemala who were fleeing from repression and death in their county.

While the United States government sent advisors and billions of dollars in military aid to support the military regimes throughout Central America, the Reagan administration adamantly refused to recognize those fleeing the violence as political refugees.

In such a climate, as an expression of faith and conscience, we offered the love and protection of our community to Felipe and Elena Ixk'oj't and their five children.

In our choice to offer Public Sanctuary, we continued a journey that had begun with our Mexican Benedictine Sisters. Through the Sisters, we encountered the suffering and hope of the poorest people of Latin America -- incIuding that of refugees fleeing the brutality of military governments in Central America.

Reports of the assassination of peasant leaders and church workers committed to justice and liberation continued to reach our ears. The Latin American church had become a Church of martyrs. The witness of our brothers and sisters became a profound challenge to us as Christians: Open wide the doors of solidarity!